This show is a rebroadcast of Joey Brackner interviewing Ted Rosengarten about his award winning book All God's Dangers: The Life of Nat Shaw and his book  A Portion of the People: 300 Years of Southern Jewish Life. 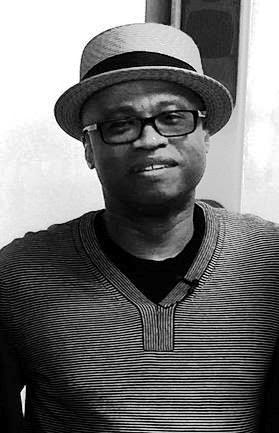 This week Birmingham native Randall Horton talks with Jeanie Thompson, executive director of the Alabama Writers’ Forum about his week-long residency in Alabama that included visits to schools in Birmingham and Montgomery, and a featured appearance at the Alabama Book Festival in April. Horton’s visit was supported in part by a grant from South Arts and the National Endowment for the Arts. An award-winning poet, educator, editor, and organizer of literary events in Connecticut where he teaches at the University of New Haven,  Horton has published three collections of poems, the most recent of which is Pitch Dark Anarchy. He and Thompson discuss the current interest in historical poetry, his appreciation of working with youth in traditional and incarcerated settings such as the Forum’s Writing Our Stories program which he visited during his residency, and matching audiences and poets in successful literary events.  Horton reads two selections from his latest book.

MP3 Download/Stream
Posted by Steve at 10:23 AM No comments:

This week Dick Cooper, curator at the Alabama Music Hall of Fame, talks with Community Arts program manager Deb Boykin about the 2014 class of inductees, the history of the Hall of Fame, and the artifacts on display there. A journalist, photographer, and respected member of the Muscle Shoals music community, Cooper discusses Alabama musicians who were seminal figures in genres including country, soul, rhythm and blues, rockabilly, jazz, and rock as well as the state’s newer artists who continue to influence popular music.

MP3 Download/Stream
Posted by Steve at 8:55 AM No comments:

This week Executive Director Al Head interviews Geoffrey Sherman, Producing Artistic Director for the Alabama Shakespeare Festival, about the current productionTimmon of Athens in performance until May 24th. This special translation by Kenneth Cavender written in contemporary English voice was originally commissioned by the Oregon Shakespeare Festival and funded by the Hitz Foundation is receiving its world premiere at ASF.

Listen first hand using the link below.
MP3 Download/Stream
Posted by Steve at 12:27 PM No comments:

This week Anne Kimzey interviews Dr. Elliot Knight, Visual Arts Program Manager at the Alabama State Council on the Arts and Director of the Georgine Clarke Alabama Artists Gallery. They discuss his work prior to joining the council staff, including The Black Belt 100 Lenses Project, and his current responsibilities at ASCA and grant opportunities through the Council for visual arts organizations and artists in Alabama.


Listen first hand using the link below.
MP3 Download/Stream
Posted by Steve at 12:24 PM No comments: