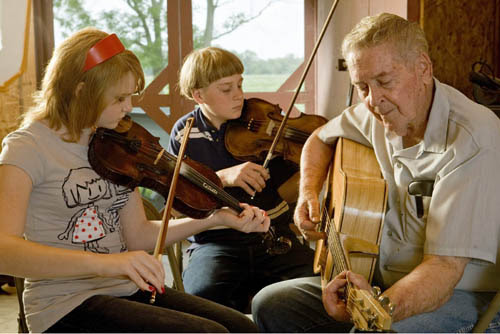 This program is a rebroadcast, originally aired in 2008. Fiddler William “Gene” Ivey of Ider died march 16th of 2014. He was a good friend to the State Arts Council, a master fiddler and instrument maker who was devoted to teaching his music to young people and keeping the old-time stringband music of Sand Mountain alive for future generations. In this program Folklorist Anne Kimzey talks to Mr. Ivey and his apprentice Joseph Coleman about playing music and making handcrafted fiddles at Ivey’s workshop in Ider.

MP3 Download/Stream
Posted by Steve at 10:36 AM